One of our Favourites 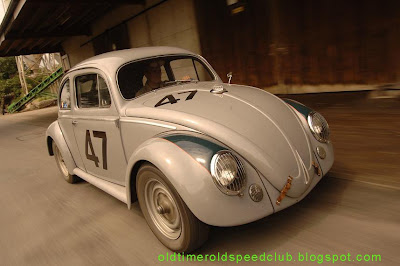 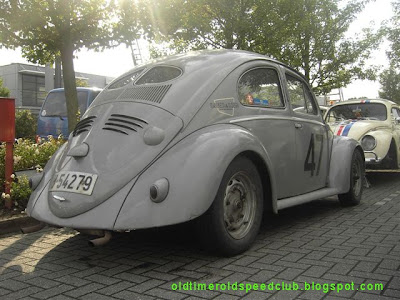 'Der Thundersodder Spezialer' is one of our favorite race cars and belongs to one of our Norwegian Screwdriver friends.
Based on a Nov '52 Zwitter
Built in Norway in 1964 for rally and hillclimb racing. It was raced until 1974, when it broke the crankshaft in two and was put in a barn.
The drivers seat is made of bakelite and comes from a 1951 vampire fighter jet. Porsche 356B brakes all round, Lemmertz 356 15x4.5 wheels, Porsche PreA gearbox, fully syncronized.
The car originally used a 1500 motor with a TDE dual carb kit, but the engine was missing when the car was found in 1997. It was very rusty, crashed front and rear and has been 'repaired' NOT restored. The complete interior/dash is untouched as built in 1964.
The present motor was built turn key by Sauer & Sohn Germany in 1967 and delivered to the customer in Denmark, who raced a '56 Oval in dirt track racing. He went on to win the Danish championship with this motor in 1970 and 1971.
It has S&S hemi-pistons, S&S heads and intakes manifolds, dual Solex 40's, SPG roller bearing crank, insane S&S cam and a dry sump system.
The original blue print says 127hp, not bad for a 1600 motor!
The motor was found in the basement of the original owner, in Denmark, the flywheel had been torn from the crank and was in need to a total rebuild.
So it was rebuilt and put in the Norwegian car, nice combo? You betya :-)
Posted by Rs Skunkwerks at 13.10.09